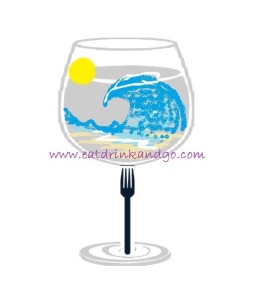 I had an idea for braised short ribs where I would use both a stout and some whiskey for the braising liquid cause why not? I enjoy my bourbon barrel aged stout beers for drinking, and while I don’t like drinking bourbon solo, it adds a great flavor to things. So put it in my short ribs?? Of course!! 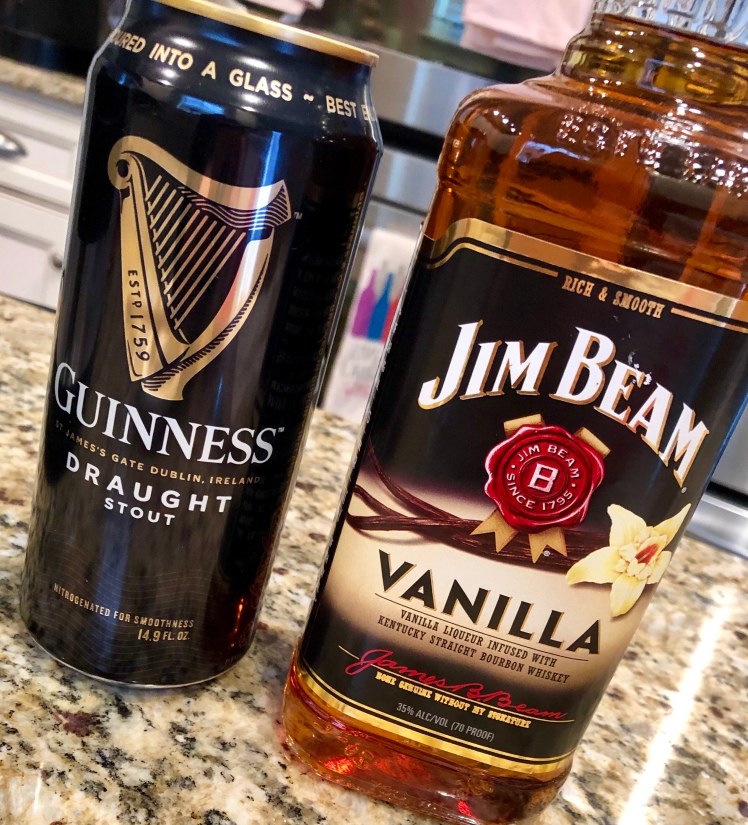 These two booze based the braise in my slow cooker. I seasoned the short ribs with a coffee vanilla dry rub and seared them off on the stove in a sauté pan lightly coated with EVOO first. You should always sear the meat you’re going to braise first to get the flavors locked in and to get a little crisp on the outside for textural bliss. 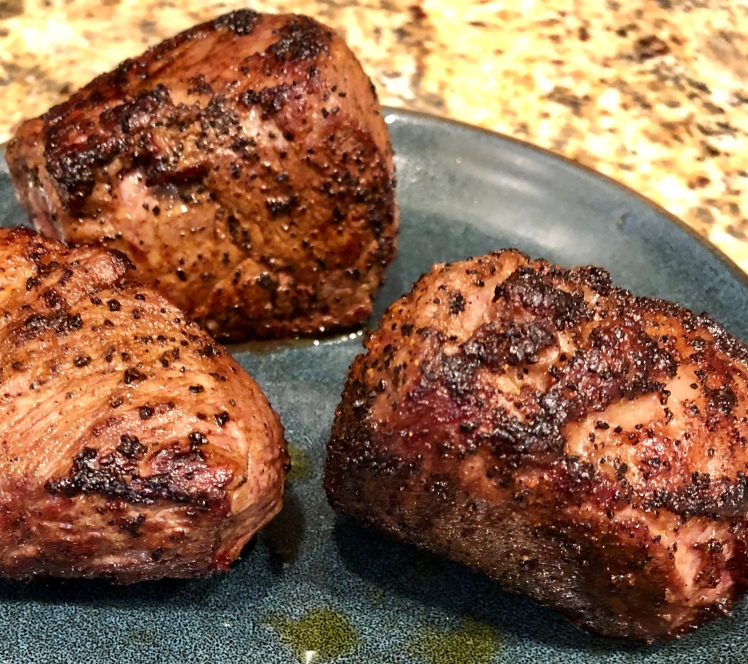 I needed to quick start the mire poix (carrots, celery, onion) on the stove top too cause I had to get everything into the crock pot so I could leave it for a few hours. I sautéed the mire poix til it started to brown in a little bit of EVOO. 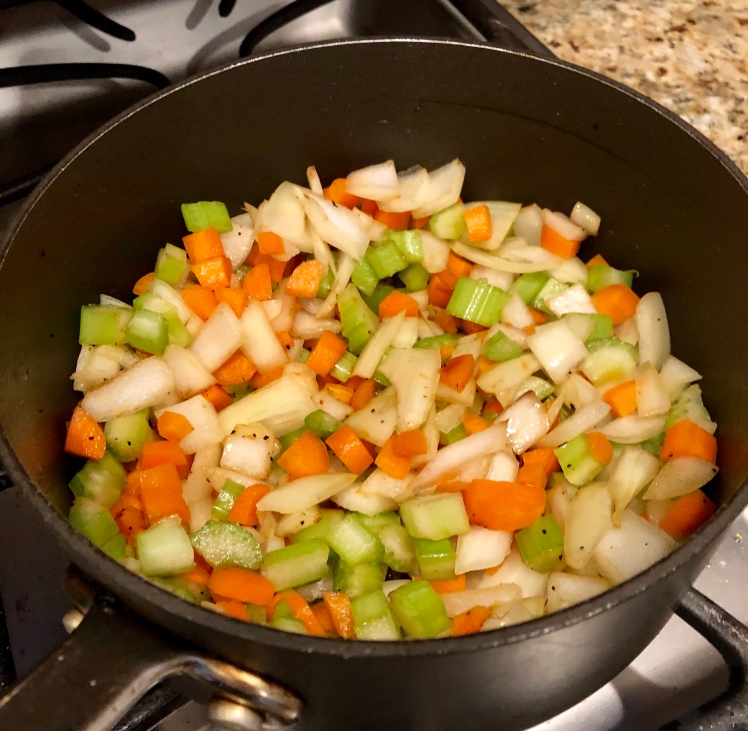 I made the braising sauce right in the crock pot when it had heated up. A can of tomato paste with about two cups of water. Then added the whole can of Guinness and about a quarter cup of bourbon whiskey. 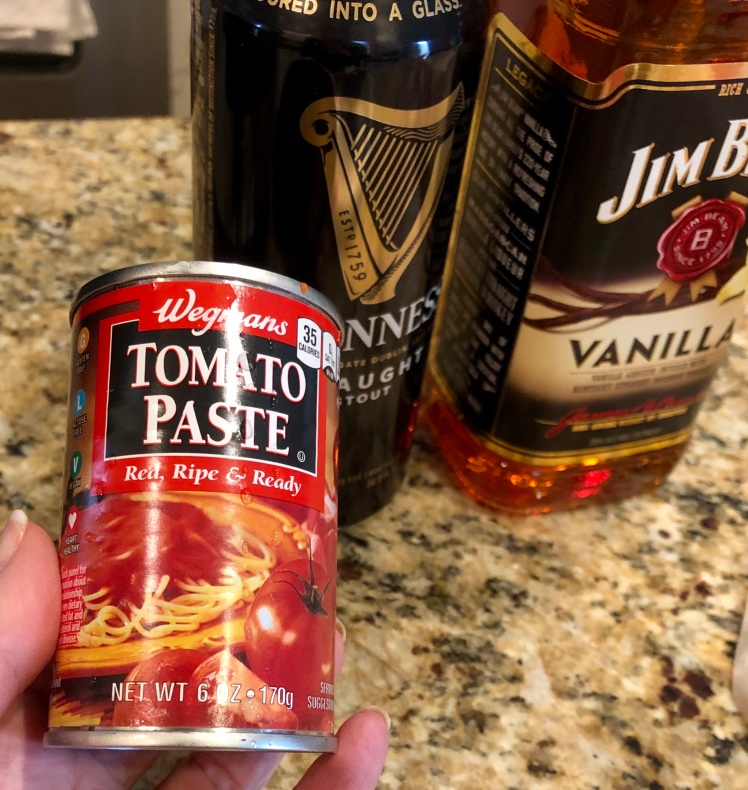 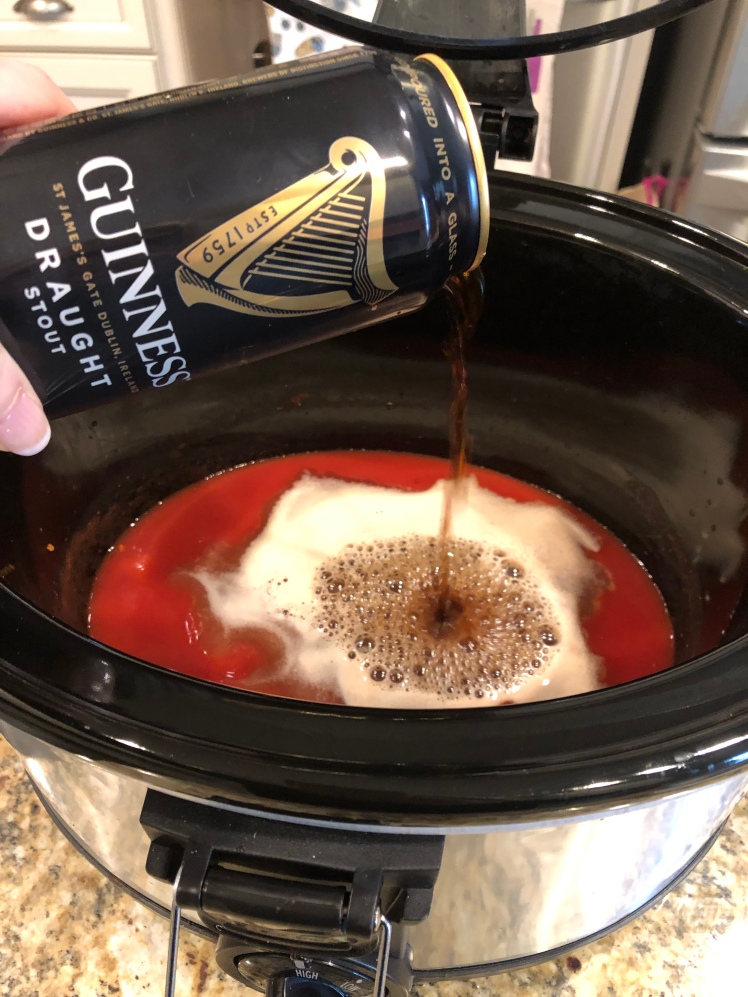 I also wanted a little smoky sweetness, so I added some smoked maple syrup. 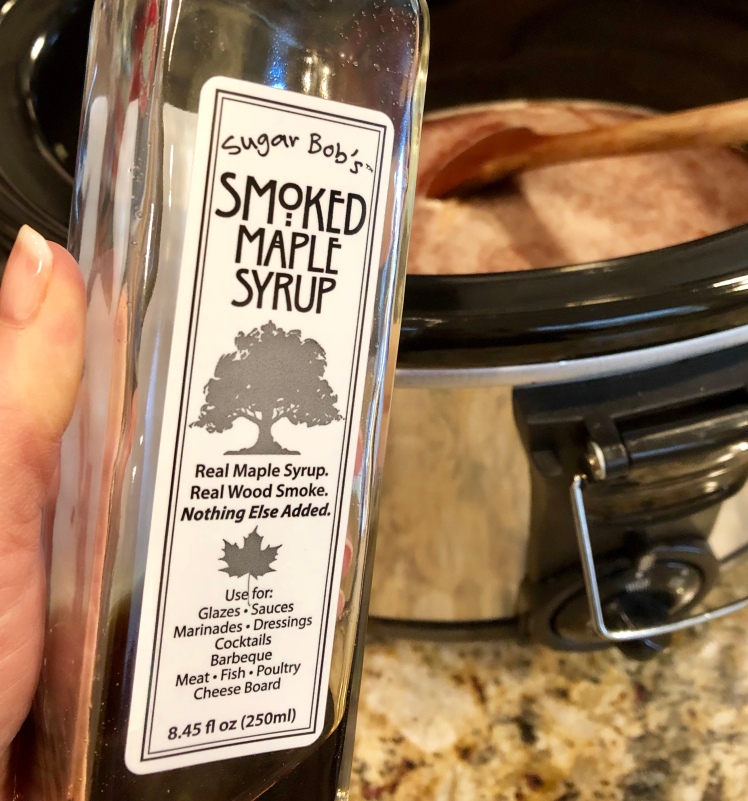 I dashed in a little chili powder, ground vanilla beans, and some salt and pepper. Then added in the mire poix from the stove and the seared hunks of meat!

Lock down the crock pot on high. The liquid should come almost to the top of the meat, but not covering it. Give it a stir after about an hour and a half and taste the liquid to make sure it’s awesome. Cook in there for about 3.5 hours, so the meat “breaks” (which means it’s fall-apart tender). I served it over some cauliflower rice. 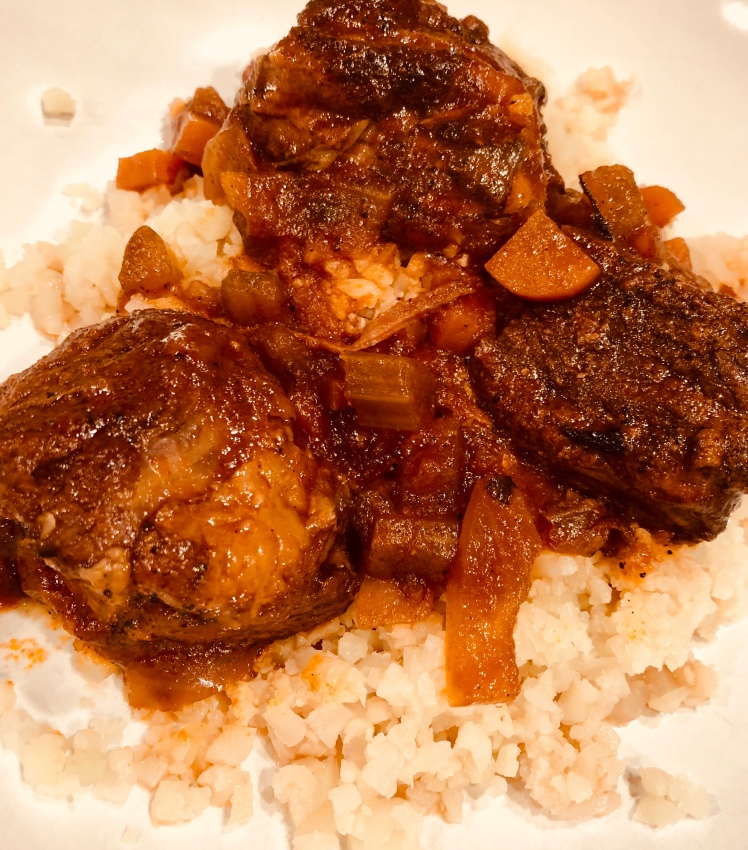 Add on more liquid (it’ll thicken up as it cooks) with the mire poix veg. 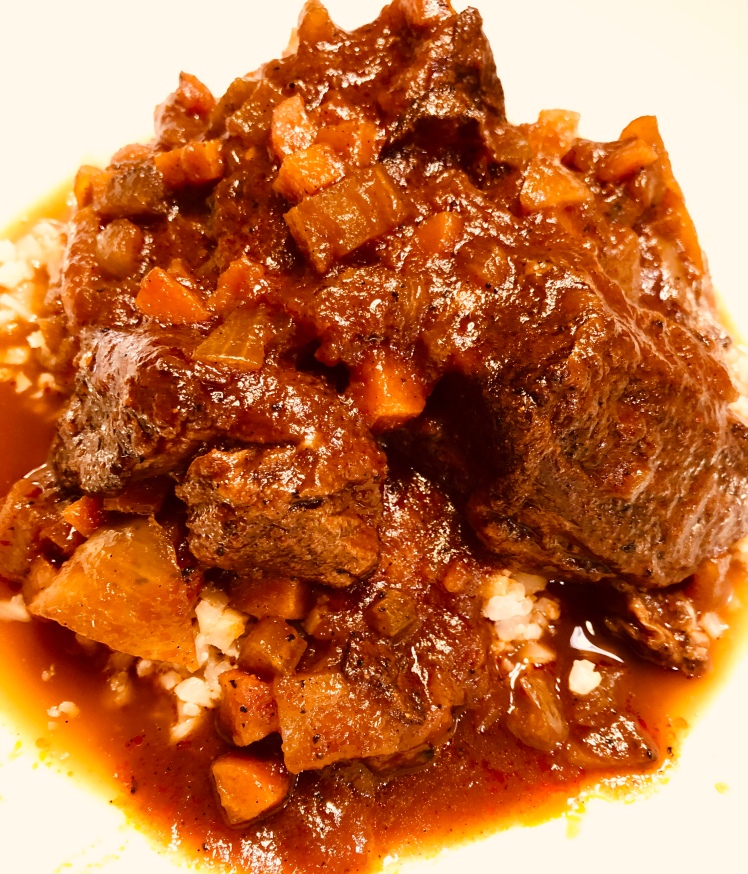 There you go!! I paired it with a great stout by New Holland Brewery, the Dragon’s Milk. And for the pull-apart meat shot… 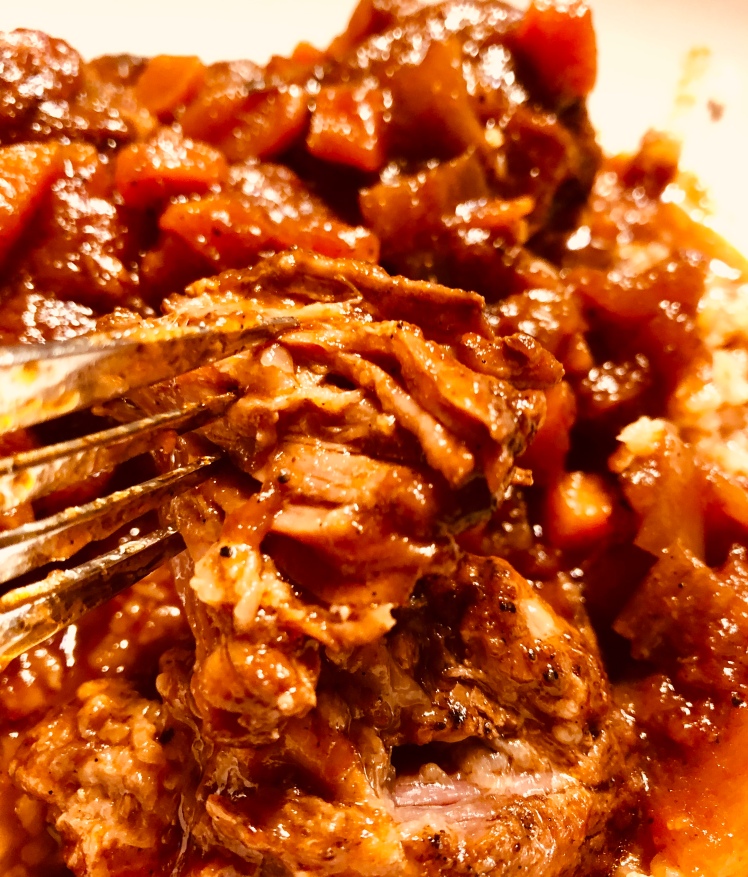 Yeah. That’s where it’s at!! Now I’m sad there weren’t any leftovers.