I don’t make pasta much anymore (due to the carb factor), but oh how I love it!! And yesterday I had a craving for it. I also had an amazing truffle sauce, basically just all chopped up black truffles, that my friend got me at Eataly in NYC (I need to go there!!). So I decided to introduce the two, and it was love at first bite!!! Ahaha!!!

I also used this truffle sauce inside of a Camembert the other night and blew minds. For this pasta dish, I chopped up some artichoke hearts to add as well. 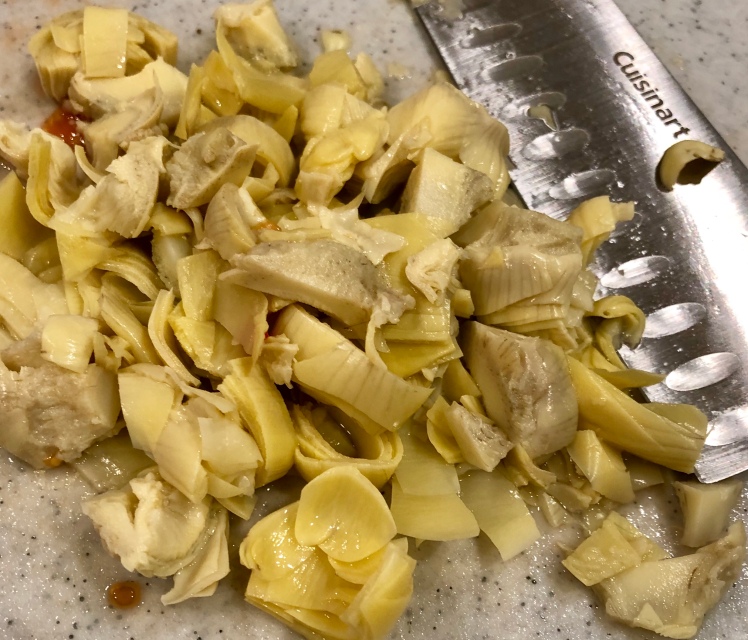 I can’t remember the first time a tried truffle flavor, I think it’s probably been within the last ten years, but now I know it’s something I can’t live without. Truffle oil is a staple on my counter (now that Home Goods has it for under $10 a bottle). So I got the pasta to a nice al denté and drizzled on some white truffle oil to toss it up in and added some spoonfuls of the delicious truffle sauce. 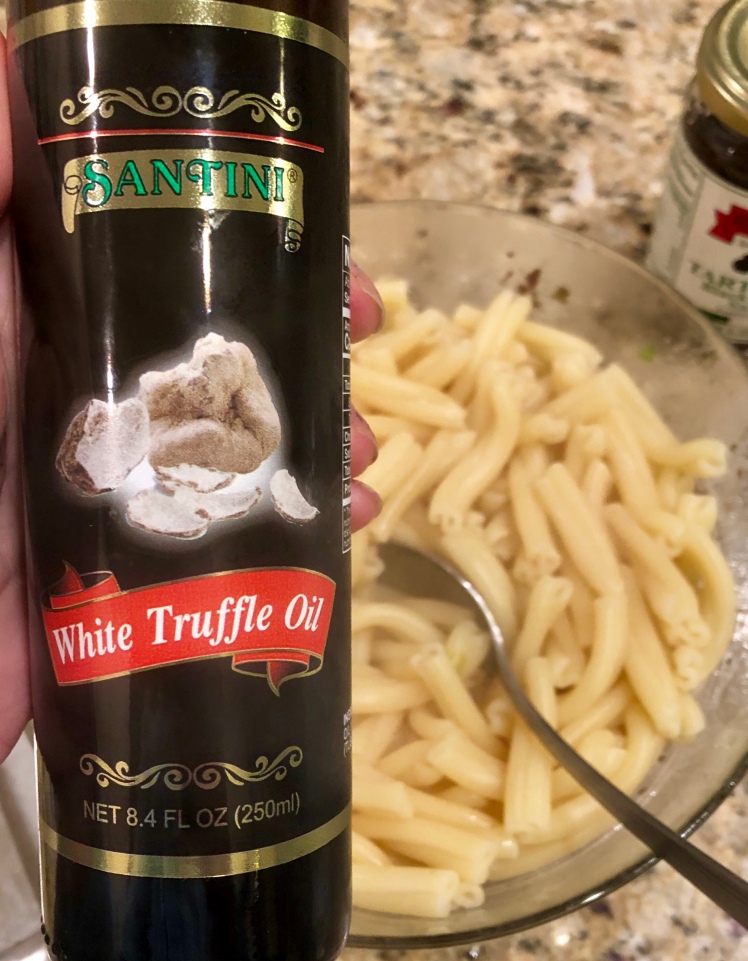 I also made some roasted Brussel sprouts tossed in truffle oil and some tomato and Kalamata olive bruschetta.

Bruschetta is another favorite I don’t make so often due to the carbs, but it’s so delicious and I happened to have leftover baguette rounds and a kalamata olive spread. What’s a girl to do? This dish was delish!! So much earthy savoriness, a perfect umami experience. 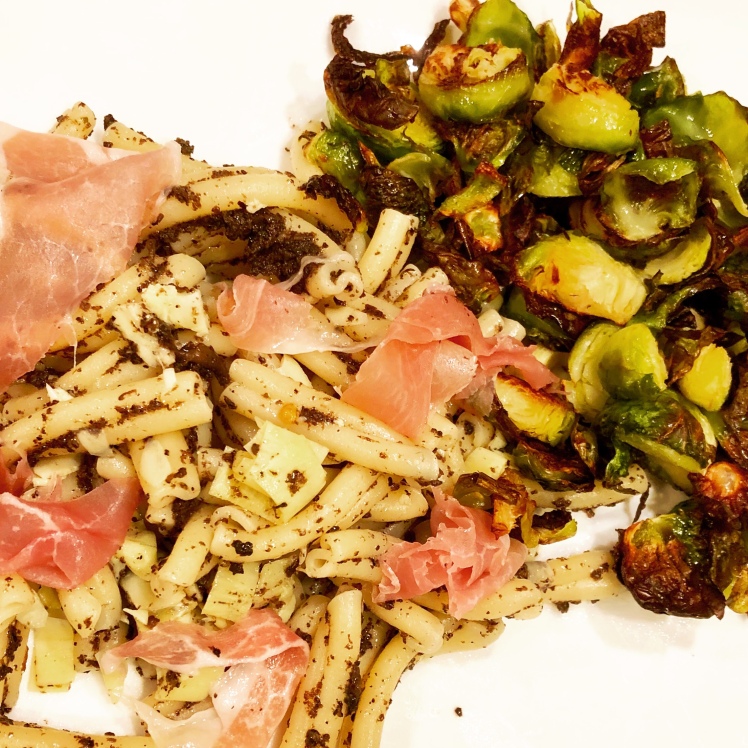 To top off the truffle pasta, I gently placed some prosciutto. What a carb splurge – and totally worth it!! My mouth is watering just thinking about how good this was. 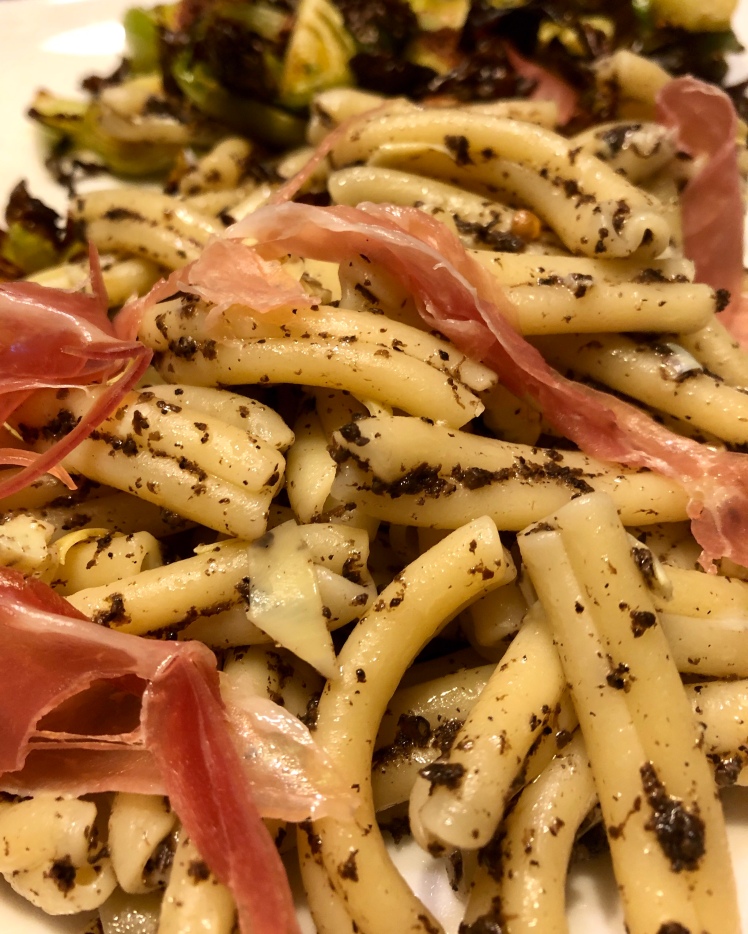 One thought on “Truffles and Pasta”